Buy our newest album "Black chapter red".
Get your copy now which is available through our ordering site. 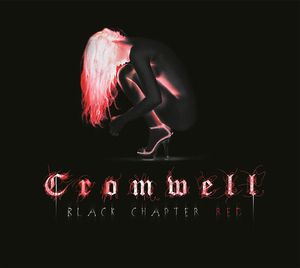 Cromwell was founded in 1994 leading to a demotape called "nor king nor country", recorded in a small studio in town.
Our music is influenced by (progressive) rock bands such as IQ, Saga and many others.
The Band never had the idea of being a professional band but pure hobbyists, having fun with creating their own music.

This is still the case today and after some changes in the band setup as well as several recordings, we are in the middle of recording our next album called "black chapter red".
It took us several years to get there, as all of us have their families and jobs.

Our process of creating our songs is today much more different than in our earlier days.
Everything happens in our own birchmoor studios and starts with an idea that we record and develop step by step.

While you hang around here, please take a minute to listen to our earlier songs and drop us a line or sign-up to our mailing list.

LISTEN TO our music...